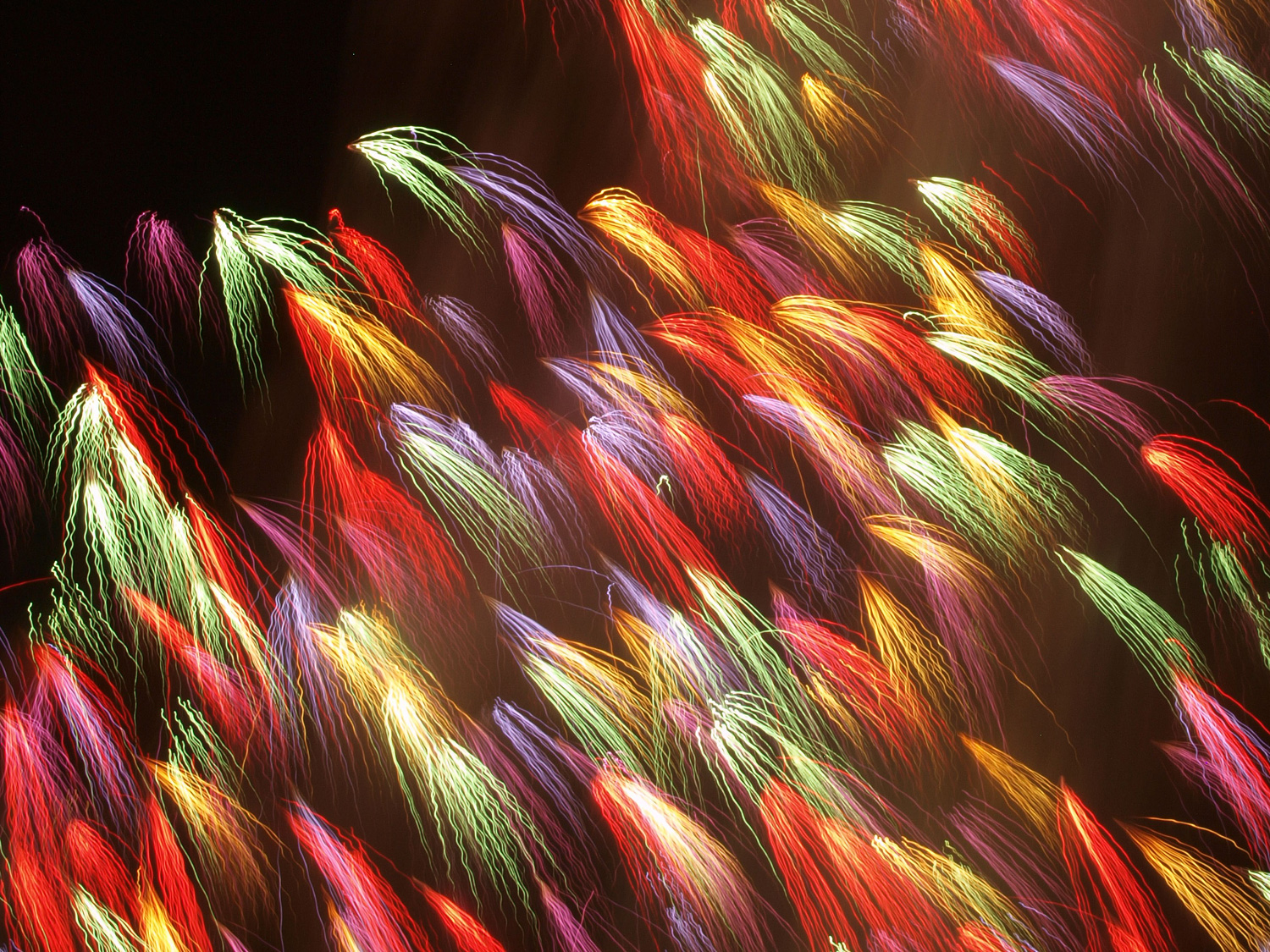 The fireworks festival started in 1945, which is Showa 20 (on the Japanese calendar).
The owners of the local shopping district started it to extend their gratitude to their customers.

The biggest ball was 12 cm in diameter at that time. But now, the biggest one is 30 cm.
70 years has passed since then.

The festival’s name was changed to “Fukuroi Enshu no Hanabi (Fukuroi Enshu Fireworks)”, and its venue relocated in Heisei 7 (1995).

The 21st festival is going to be held this year. With 25,000 fireworks, it has become one of the best fireworks festivals in Japan.

And now, as the “National Fireworks Expert Tournament”, it has become a venue where fireworks technicians from all over Japan compete. The winner receives an award from the Minister of Education, Culture, Sports, Science and Technology.

The Shogun supported the culture of fireworks. The craft of making fireworks passed down to people trusted by him. 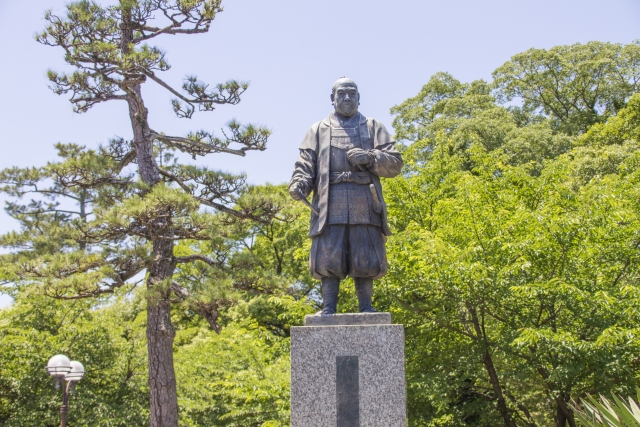 In the age of provincial wars (around 1500 A.D.), the era of samurai and ninja, a lot of daimyo (feudal lords) fought each other for supremacy. Finally, a daimyo had won the dog-eat-dog battle and earned the title of Shogun, the king of samurai. It was Tokugawa Ieyasu. He established the long-lasting Tokugawa government in the city of Edo. The undeveloped region later became Tokyo, the capital of Japan. The Tokugawa clan governed Japan for 300 years. 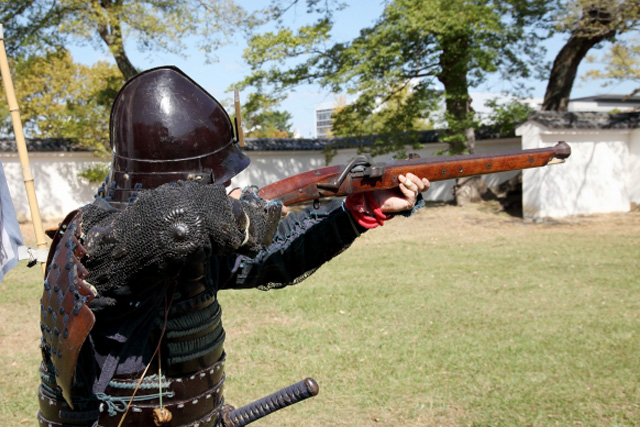 One of the things that the shogun was afraid of and paid careful attention to was gunpowder. With gunpowder, canons, guns, and explosives become weapons with tremendous power that make the difference between winning and losing.

For someone like him who had spent most of his life on battlefields, gunpowder was always close to him and he knew how fearful it was.

To govern a peaceful and warless county, weapons and gunpowder are not necessary. However, gunpowder is tremendously reliable in time of emergency. Like the sword of a samurai, gunpowder had to be there at all times.

The secret that made it possible to maintain the technique of making gunpowder in a world without wars is said to be the peaceful use of gunpowder, the development of fireworks.

And if opposition forces had a great amount of gunpowder? That could become a formidable threat.

The shogun Tokugawa allowed a region with people he trusted to pass down the technique of making gunpowder, and the people in the region made fireworks using the secret technique of gunpowder.

What is the region that the shogun trusted? 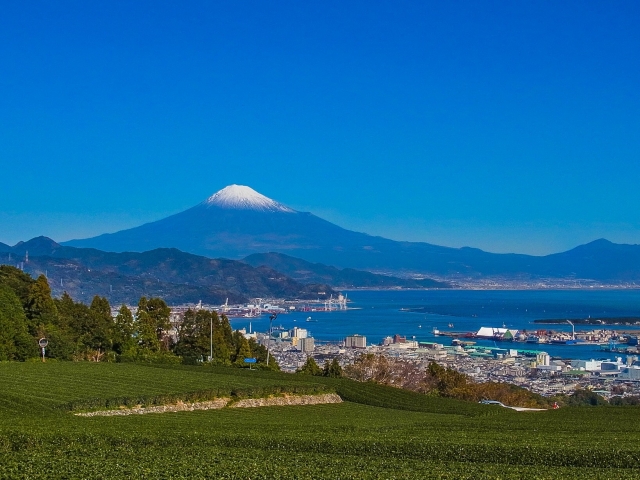 That is the land where he, who conquered all over Japan, was born and raised. It was his most familiar land, the Mikawa Suruga region. This is where he, who became the ruler of all Japan, first obtained power. (After his retirement, Tokugawa Ieyasu returned (to what is now Shizuoka prefecture) and spent his later years there.)

The shogun loved the region. And the people in the region also loved him. And they loved fireworks. There used to be a fireworks factory in Fukuroi. From an old record found there, we know that the fireworks company participated in a fireworks festival in Hamamatsu.

It’s an extraordinary experience with blasts of hot air and explosion pressure! 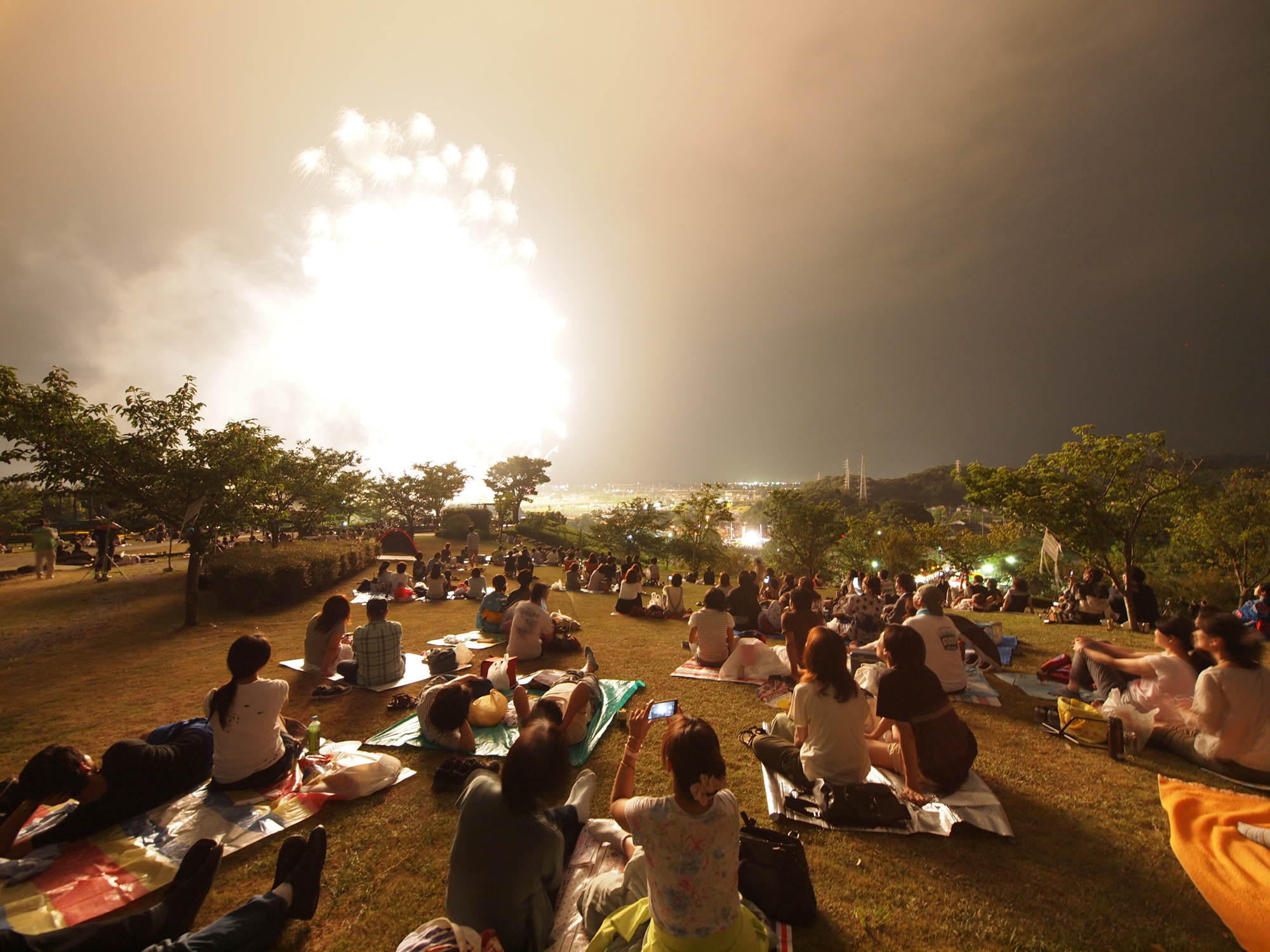 Fukuroi Enshu Fireworks festival is not only famous for its overwhelming number of fireworks. (Of course, the number of fireworks launched is one of the largest in the nation.) There are areas where you can enjoy fireworks for free, and the local population can see them in various places. However, since you came here all the way, I strongly recommend you enjoy them in a paid area.

I recommend you get tickets early, because the paid areas are quite popular and tickets will be sold out before the day of the show.

The paid areas are the ones closest to the launching area. 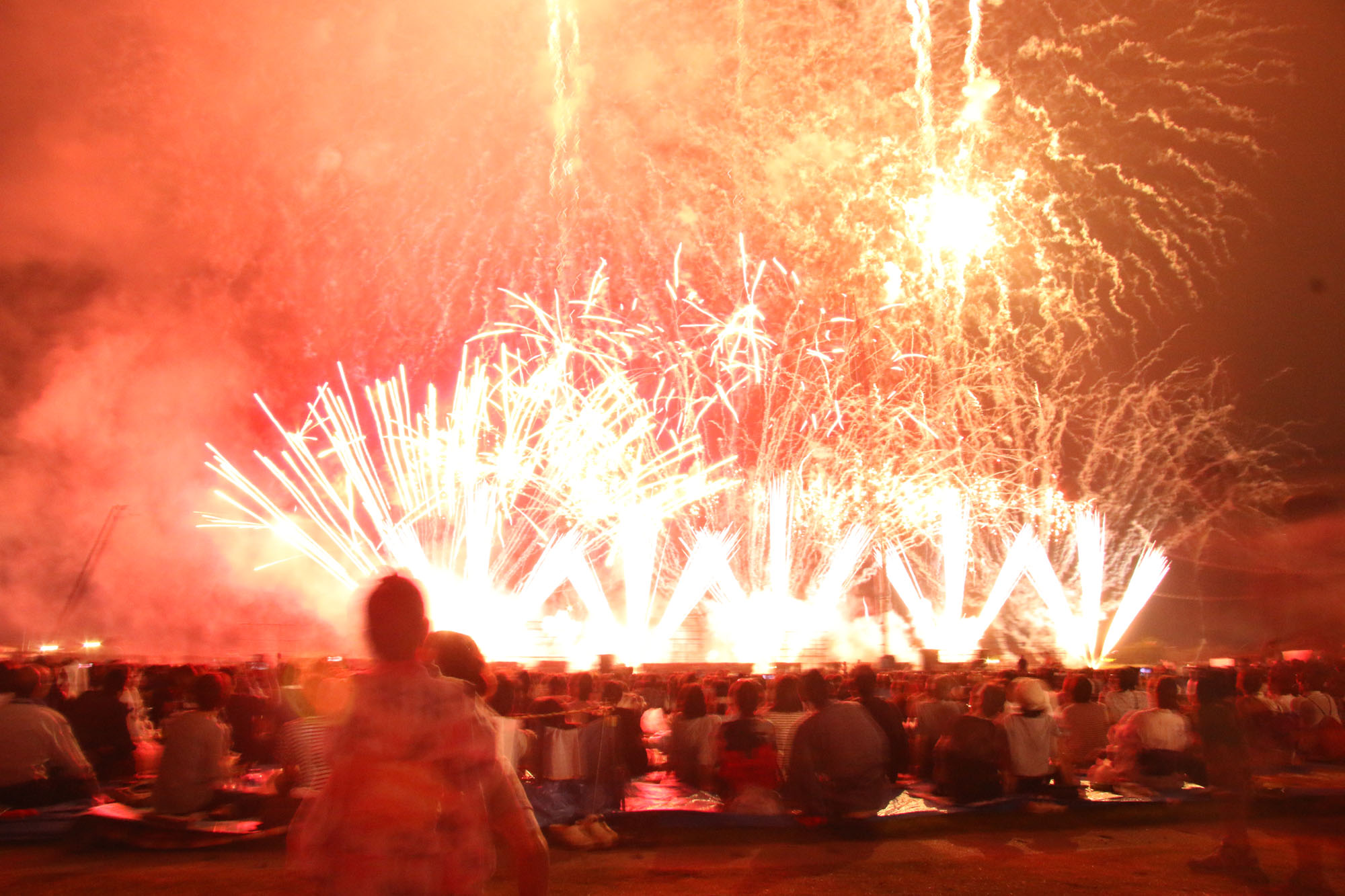 The fireworks explode right above you!

It is the experience of 25,000 fireworks exploding above you. Fireworks created by best fireworks technicians in Japan. You will feel the artistic beauty and the power of fireworks created with techniques that even the shogun was once afraid of. Especially the last great barrage of fireworks is overwhelming. It will be the most beautiful and most powerful moment of your life. Fireworks are one of the greatest Japanese cultural experiences and our festival will be a once in a life time experience.

As of an example, here is the clip of the last great barrage of fireworks. 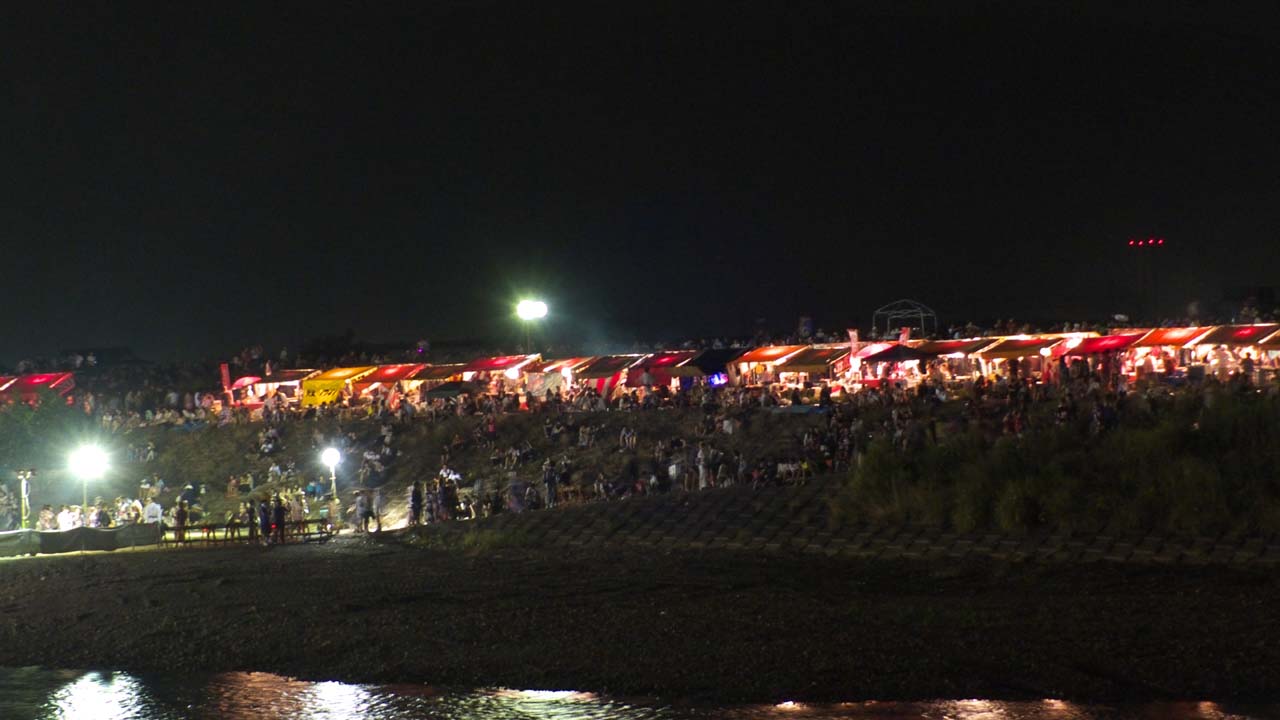 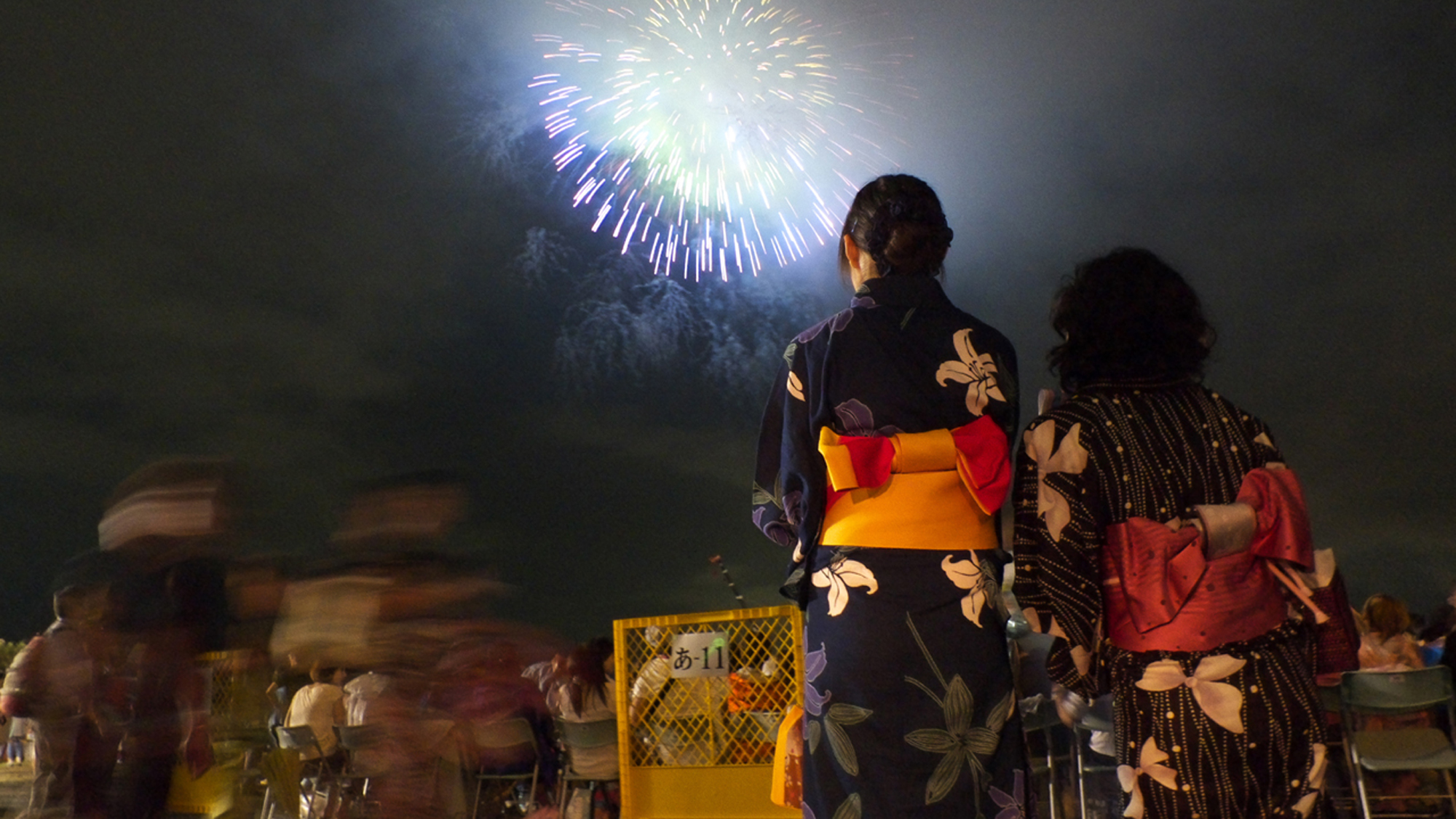 There are a lot of food stalls at the venue, and people enjoy the festival wearing simple summer kimonos, called “Yukata”. Please come and experience Fukuroi Enshu Fireworks festival. You can fully enjoy the Japanese summer there. 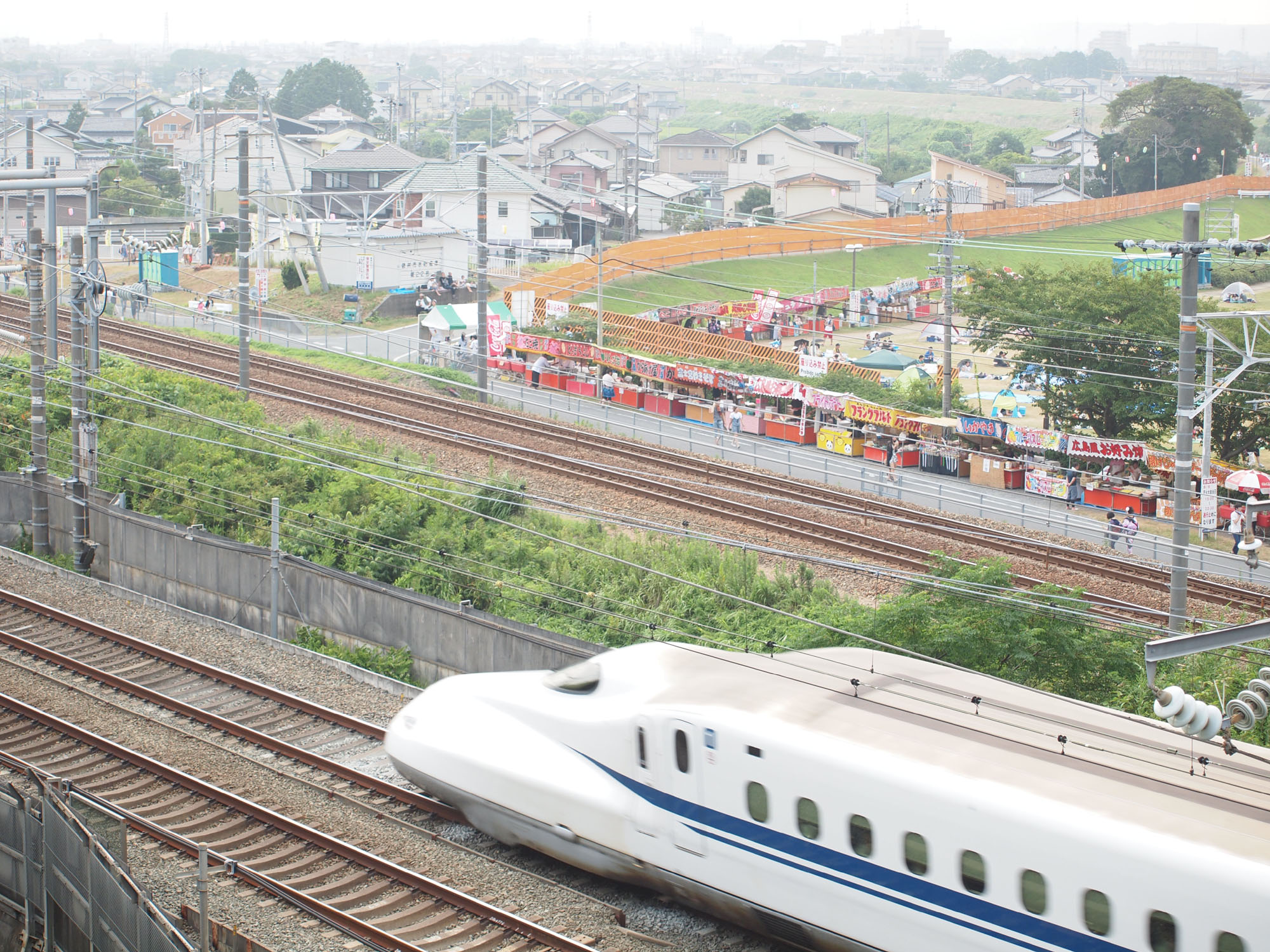 Shinkansen train is available both from Tokyo and Osaka.

The festival can be reached via the local Tokaido line. It takes about 15 minutes from the nearest station to the venue.

It takes about 15 minutes from both stations to the venue. 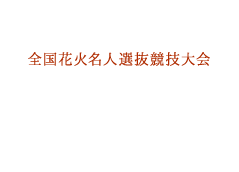